Get Inspired by The Osorio family’s story 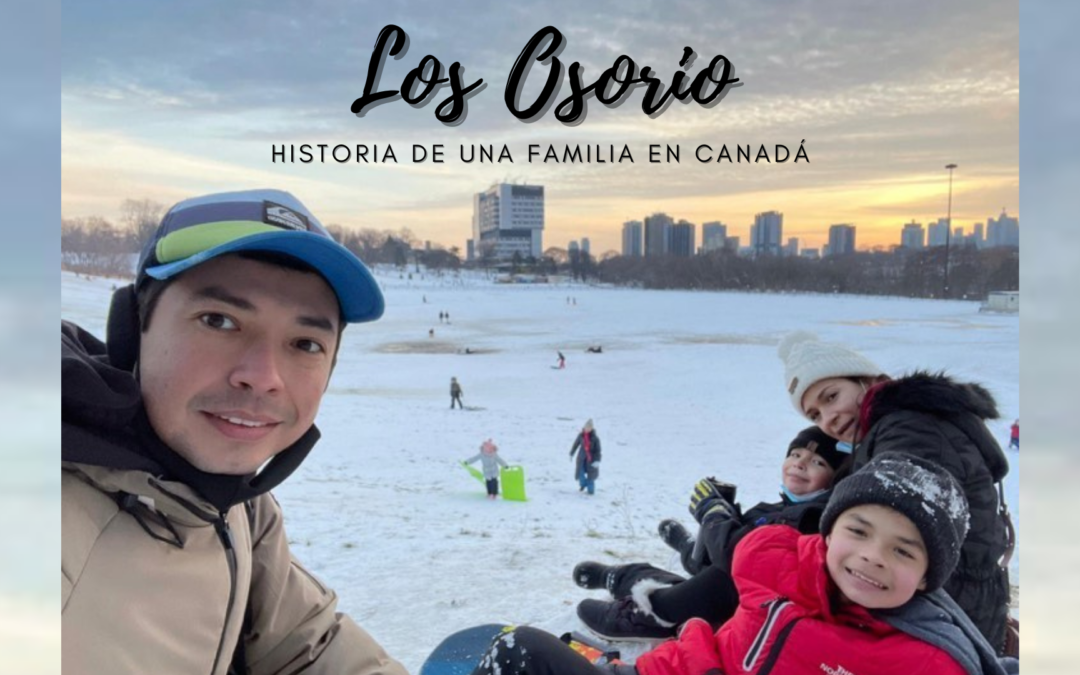 Determination led this family to overcome an economic crisis in Colombia to live the best experience of their lives in Toronto, Canada

* Article published on March 17, 2021. At the end of that year, the Osorio’s became eligible for permanent residence and were invited by the Government of Canada to apply as a family for said residence.

This story begins in Villavicencio, Colombia, in 2017. Jhonatan Osorio, a member of the Chaim Global Ally family, was in what he believed was his comfort zone: a formal and stable job as a civil engineer in a well-known company. However, that stability ended unexpectedly when his employment contract ended after five years linked to the firm.

“All our savings were used up. The liquidation helped them cover children’s education, household expenses. He spent a full year asking and applying for jobs and nothing, nothing came of it,” says Jhonatan from the living room of his apartment in Toronto, Canada, where he lives with his wife, Rocío Restrepo, and their two children, Juan José and Mathias.

Yes, his story now is in Toronto, Canada, a city where Jhonatan arrived at the end of December 2019 together with his wife and their two children, ages 13 and 6. Together with them, Jhonatan recounts how his family went from an economic crisis to living “the best experience of their lives”: migrating to Canada.

A history marked by determination and teamwork

“In a moment of desperation, the idea of ​​migrating to Canada came to me,” says Jhonatan, 34. So they investigated, asked and took advice from the law firm Angelica Gonzalez-Blanco and the study agency Chaim Global Ally, with whom they worked together to build the path that brought them to Canada.

“For three years we planned the trip,” says Jhonatan. Initially, the goal was for Rocío, also a civil engineer, to study and for Jhonatan to work. However, in the middle of the road, they changed roles. “At that time, Roci was finishing a specialization, she was in the middle of her thesis and she felt tired of the academic load. For my part, I had been at home for a year, taking care of the children, so we decided to change roles,” says Jhonatan.

Although the setting placed a heavy burden on the shoulders of Rocío, 33, determination and discipline allowed the Osorios to prosper in their goal of living in Canada. This, even though their establishment process in the country coincided with the impact of the pandemic.

“My first job was thanks to Chaim Global Ally. It was a contract job with a good salary. It had been two weeks when the lockdown came due to the pandemic and they closed everything, ”recalls Rocío.

With a level of English still in the process of learning, Rocío was filled with courage and went out to compete in the Canadian job market. She already had the basics that Chaim Global Employment had given her on how to look for a job in Canada. And it worked for her because currently, Rocío works in what employees of the new reality are known for: disinfecting nursing homes.

Months ago, she worked in a factory making masks. Meanwhile, Jhonatan is studying the Supply Chain and Operation program at Centennial College. Previously, he completed the pathway. His children, Juan José and Mathias, study for free in public schools. Both of them are advancing in their elementary and high school studies while learning English and French.

“The education of children in Canada is great. Not only have we not paid at the school, but the treatment has been the best”, agree Jhonatan and Rocío.

During the year that they have been in Canada, the four of them have toured Toronto and have enjoyed the different seasons, especially winter.

“If I had continued at work, in the comfort zone, we wouldn’t be here,” says Jhonatan. If your goal is to migrate to Canada, think no more. Take the decision. Canada also has opportunities for you.

Ask for your free consultation. 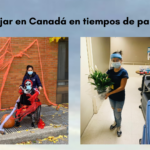 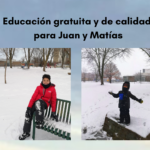 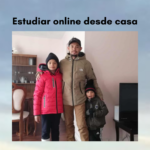 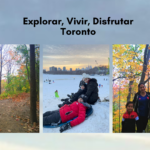 Open chat
Hello!
Can we help you?