Convincing Your Parents to Let You Study Abroad 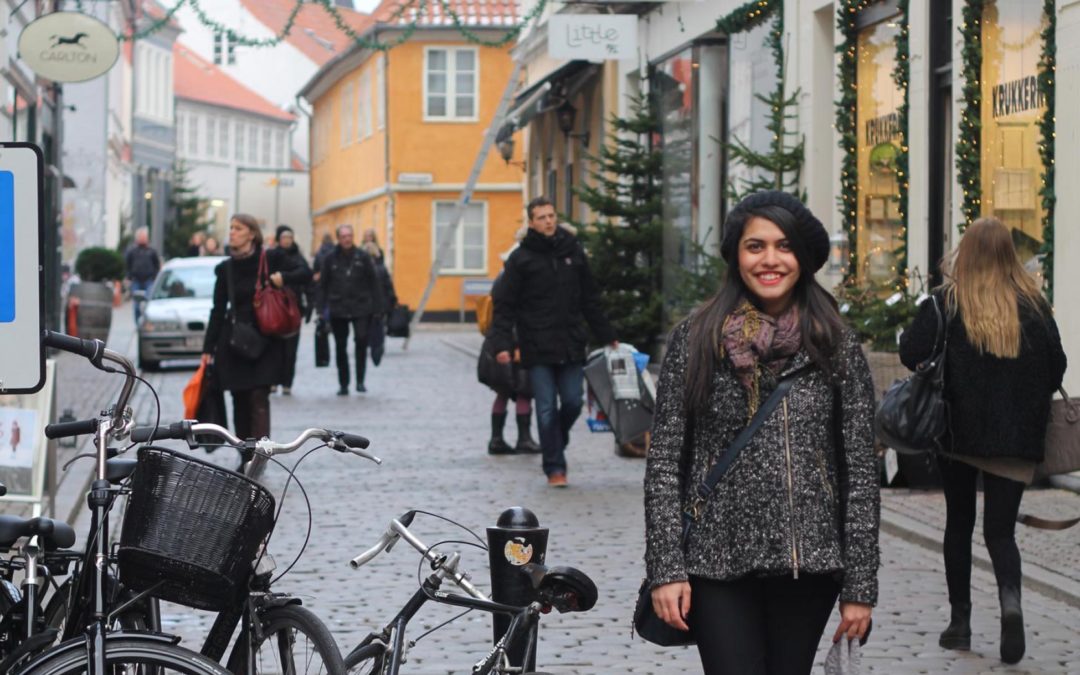 Sometimes, getting your parents on board can be the biggest hurdle of all.
I am an only child, a girl and I come from a middle-class family—but I didn’t let any of that stand in my way when I had to convince my parents to let me study abroad.

After five years of the fast-paced, big city life, studying and working in the heart of Toronto, I was convinced that if I was going to go back to school, it wasn’t going to be in Toronto—and if I could help it, not anywhere in North America either. So, I chose Denmark.

Why Denmark? I picked the program that most interested me, was affordable and was taught in English—and it just happened to be in Denmark.

Initially, my friends didn’t seem sold on my choice, which was an indication that it was probably not going to be easy to convince my parents either.

When we had “the talk,” my parents bombarded me with the same three concerns that most of my friends reported having to deal with. They were worried about my safety, the financial realities of studying abroad and missing me. Here’s how to deal with all of those scenarios:

Safety is often the biggest concern for parents. When my friend Rema Gouyez, 23, left England to come on exchange to Canada, her mom was not eagerly pushing her out the door with her suitcases. She was worried for the safety and wellbeing of her eldest daughter. “Me being a young girl in a different country, all by myself, is probably what made my mom the most nervous,” says Gouyez.

While the standard “don’t walk in dark alleys alone at night; don’t trust dodgy strangers,” and other guidebook rules are applicable everywhere in the world, it only takes a minute to find out what the emergency phone codes are (the North American 911 is equivalent to 112 in Europe and 000 in Australia) and where the nearest hospitals and police stations are located.

It’s also important to understand what, if any, health care you are entitled to in your study abroad destination. “Whether you scrape your knee or break your leg, you need to know what’s covered and what’s not,” says Gouyez. “As soon as you can, find out if you’ll be covered, or arrange for insurance.”

Once you’ve done your research, relay that information to your parents for their peace of mind.

You might study abroad on a scholarship, or spend all your teenage savings, or you may be on a loan from the Bank of Parents. Either way, your parents want to see you being smart with this money, especially if you are spending it in a different currency.

Gouyez’s advice is to make a detailed budget and present it to your parents. “I found accommodation that fit my budget before I left for exchange; I researched the cost of living and made a detailed budget sheet for everything. That showed my mom that I was being financially smart.”

At the end of the day, no parent likes to see their big baby leaving the nest. The emotional aspect of studying abroad was amplified in my case because I am an only child and spent all four years of my undergraduate studies living at home.

I had a chat with my mom regarding what convinced her to let me go and this is what she had to say: “I just made my peace with the fact that I didn’t want to block my child’s growth. And you were going abroad for your studies. I couldn’t really argue that.”

Now that my Mom has a smartphone, she instant messages me whenever she wants. We can Skype while she is at work or at home and she even sends me an occasional picture of her daily adventures. When I asked if technology made her feel better about me studying abroad, she said, “The physical distances are there, but technology forbids the ‘out of sight, of my mind’ scenario.”

After Gouyez had a successful study abroad experience, her mom was much less reluctant when her younger sister, Sara, wanted to study in Hawaii.

Arranging a study abroad experience can be a challenge and convincing reluctant parents is sometimes the biggest hurdle of all. But studying abroad can also be the best part of your education and your world travels. Get organized, do your research, and show your parents that you are serious. It’s worth the effort.

After finishing her undergrad in Toronto, Roop worked as journalist for a year. Giving into her wanderlust, she packed up her life in Canada and is currently doing a cross-continental MA that will take her from Denmark to Australia to England.

Open chat
Hello!
Can we help you?